Cyberbullying and Your Child - iKeepSafe

Cyberbullying and Your Child

As if parents don’t have enough dangers to worry about—strangers in the park, seat belt use, chemical additives in foods, and other things to keep them up at night—the growing threat of cyberbullying is enough to make some parents want to live off the grid on a remote mountaintop somewhere, just to keep their children safe.

Fortunately, there are a number of things you can do to reduce the possibility of your child becoming a victim, but you have to be pre-emptive about the issue in order to put them in place.

Explain How Social Media Works – It’s become a common joke that young people are turning away from websites like Facebook specifically for the fact that their parents, grandparents, and teachers use it. But not only are young people still very active on Facebook, they’ve also taken to newer social media websites that many of the adults in their lives aren’t familiar with.

For example, one of the sites to gain national attention recently is Snapchat. This messaging site lets the user send a brief video or photo to another user, and then it “magically” disappears after the recipient viewed it. While Snapchat doesn’t store its users’ video messages or photos, the cell phone carriers’ servers did. After a 2014 hacking event in which hundreds of thousands of videos were retrieved from the carriers’ servers, Snapchat had to admit that it wasn’t as secure as it thought.

There is no such thing as a secure, private conversation on social media. No post or message, no matter how many privacy settings you think you’ve checked off, is fully protected from someone else sharing it. Young users must know that before they can be allowed to engage online, no matter what platform they choose to use.

Lay Down the Ground Rules – With so much information coming out about the victims of cyberbullying, it’s easy to forget that the instigators are often teens, too. By setting clear rules and guidelines for the kind of behavior, language, and tactics that your teen is expected to abide by online, you can actually reduce the risk of someone targeting your teen out of revenge. Let your teenager know that there will be severe consequences for posting any content that is inflammatory, and that there are legal and criminal consequences for that type of activity as well.

There’s No Such Thing As Privacy – This suggestion may not sit well with some parents, so it’s important to understand that the ultimate goal is to protect your child. While explaining your expectations for social media use, you’re well within your rights as a parent to demand access to your children’s accounts. After all, their online activity is happening on your computer or device, over an internet connection that you pay for. More importantly, any legal consequences related to your child’s internet behavior can come back on you in a profound way.

The key is being honest about it and not attempting to sneak around with “parental spy” apps or other tricks like “friending” your child from a fake account. By stating to your teenager that you expect full access to his or her account via the username and password, and by explaining that you will be monitoring but not posting from the account, you can avoid a lot of the problems that occur with social media.

But it’s also important that your teenager understand you are not “spying” on him or her because of a lack of trust. As a parent, you also want to know what other people are saying to your child online, and whether or not your child is being targeted. Far too often, parents of victims of cyberbullying only find out that the teen suffered silently through months of horrible abuse.

Make your child aware of these dangers in a non-threatening way, perhaps by sharing a news story about a similar incident, and then make sure your child understands that you are there for him or her, no matter what. Explain that your child will not be punished for a stupid mistake, and that you will help in every way possible. Remember that no punishment does not mean no consequences; explain that computer and internet use will be restricted in a case like that, but that you will love and support your child no matter what.

Sadly, cyberbullying isn’t only limited to young people, so the steps you take now to teach your child about preventing it and reporting it will stay with him into adulthood, even when you’re no longer there looking over his shoulder and offering solutions. Teaching your kids today about staying safe online is a life-long gift of protection.

About the Author :: Cristy Koebler 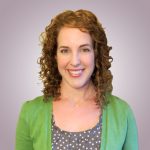 Cristy Koebler is Communications & Media Manager at The Identity Theft Resource Center. She specializes in identity theft on social networks and smartphones, and shares educational information with the public through ITRC’s social media channels.